Tapiwa Sibindi was formally ratified as the new Men’s Captain at the club AGM on February 25th, 2021.

An immensely popular and highly involved club member, Tapiwa joined Donnybrook LTC in 2015. He quickly engrossed himself in team training, club events, league tennis and, of course, the social side of the club.

Tapiwa will chair the well-established Men’s Committee which focuses on league tennis, social tennis, new members and organised internal events for the senior men's category (18 years+). The efforts of this hard-working committee will then be fed into the main club committee, which the Men’s Captain also sits on.

Commenting on the appointment, outgoing Men’s Captain Ian Hemmingway said: “Tapiwa was a natural choice for Men’s Captain. I’ve already worked with him on several events and sub-committees. The strategy, consulting and project management skills he possesses as an experienced finance professional will no doubt help take men’s tennis at Donnybrook to the next level in 2021.”

Donnybrook men’s tennis stalwart, Peter Morgan added: “Tapiwa is very well regarded by the members and will be a valuable addition to both the club and men’s committees. A club is only as strong as its volunteers so to have someone of Tapiwa’s expertise, enthusiasm and esteem heading up men’s tennis is fantastic.”

Members who wish to give back to their club in any small way are encouraged to contact any member of the men’s or club committee. We can never have enough volunteers to lend a hand (even on a once-off basis) with the many events and activities which are planned in 2021.

Welcoming all members back

Courts cleaned and resanded so in great condition to welcome you all back. Book a court and enjoy a game of tennis in the sunshine. Hand sanitisers mounted on the walls throughout the Club entrance. Temporary rules circulated to all. Please take a moment to read.

Closure of Club as per Government directive 24 March

Following yesterday’s Government announcement and instruction to close all clubs, along with similar advice from Tennis Ireland, the Committee have decided that effective as of 9pm yesterday Tuesday 24th March the Club will be closed until further notice.

We will provide a further update on when the Club may reopen when possible – probably after April 19th when the current Government restrictions are currently due to expire.

We will provide a separate update to parents on the Junior Coaching programme over the next few days.

Although the office is now closed, Administration of the Club will continue and will also provide a security function while the Club remains closed. The nets and posts will be removed from the courts as a precaution. All FOBs will be temporarily disabled.

Essential Maintenance of the grounds will continue, operating the physical distancing guidelines.

If you have any queries you can email This email address is being protected from spambots. You need JavaScript enabled to view it. or contact the Club mobile 0868245238.

We look forward to the reopening of the club and the recommencement of all club activities in the not-too-distant future, but in the meantime please stay safe and healthy over the coming weeks.

Sincerely on behalf of the Donnybrook LTC Committee,

CLUB ARRANGEMENTS due to COVID-19

Club arrangements due to COVID19

Following the statement by the Government yesterday relating to the Covid 19 Virus, the Committee has discussed the activities within the Club.

We have decided on the following course of action. The following may be subject to change following further recommendations or instructions from National authorities:

With effect from 9pm this evening Friday 13th March:

The Office will be open normal hours Monday – Friday (Mon-Thur 11.30am-6.30pm & Fri 2.30-6.30pm) for queries and payments. We would be grateful if the members with outstanding Membership subscriptions and Term 2 Junior Coaching fees would please contact the office for card payment or pay online via https://www.donnybrookltc.ie/club-payments or by bank transfer.

We appreciate your co-operation on the implementation of the above measures in the interest of public health and your wellbeing.

Sincerely on behalf of the Donnybrook LTC Committee,

Juniors under the age of 12 are not permitted to play after 7pm on either the indoor/pre-book courts or the outdoor courts. Reminder: U12s must have specific adult supervision on courts 3, 4 and 8 when the Airhall is in situ.

Juniors, aged 12 and over, are not permitted to play on the indoor courts/pre-book courts from Monday to Thursday between 7pm and 9pm with the exception of designated juniors that play adult League.

Juniors aged 12+ are permitted to play after 7pm on an outdoor court. However, in the event of a queue forming from Seniors/Designated Juniors, those juniors will be required to vacate their court, with the exception of private coaching from a Club registered Coach. A senior member with a junior member has the same status as a junior member.

Donnybrook LTC welcomes the Rafa Tennis Academy Clinic to Donnybrook LTC this evening. The coaches will have tennis clinics in the Airhall with the members that have been advised of their slots.

Any queries can be put to her at these presentations.

The group stages of the DLTC Men’s Winter League have been completed and our four Donnybrook teams have recorded more than proficient campaigns. We had teams at class 2,3,4 and 7. All teams avoided relegation comfortably and we look forward to Team 1 and Team 4 progressing into the playoffs in the coming weeks.

A slow start losing 2-1 to Trinity 1 was quickly rectified with three 3-0 wins and a 2-1 win against their nearest group rivals Sandycove 1. Special mention to Rory Donohoe for making his league debut and to Dave Allen / Jamie Boxwell who won their match in week 5 whilst making their class 2 debut in Malahide. Next up is Clontarf 1 at home on March 8th.

A 3-0 away loss to Clontarf 3 in week 1 meant progression was always going to be a tall order for Team 2. However, this group of experienced league players fought back well only to be pipped to 2nd place via their head-to-head record against Deerpark 1. The stand out partnership on this team was undoubtedly the father-and-son duo of John and Harry Sheridan.

Pitched up against a few clubs’ first and second teams, Donnybrook 3 were unlucky to land in this tough group. League debutants Conor Waldron and Jamie Boxwell acquitted themselves well in a group where heavy squad rotation was required due to availability peaks and troughs. Donnybrook 3 were never at risk of relegation here and we managed to blood a few new partnerships.

A mix of youth and experience proved successful for Team 4 who recorded four wins from five. Paddy Allen proved an excellent first-time league captain and will be looking to gain promotion by defeating Kilternan 1 in the last 16 playoff match on March 1st. Well done to juniors Matthew O’Farrell and Finn Sheahan on making their Senior League debuts.

Well done to all teams and players. More detail on tables and matches can be found on the DLTC website here>.

Entry is now open for the Brookfield Junior Open 2020:
[click here for entry]

Entry is also now open for the Leinster Mid-term Phoenix U12 and U14 and Green Ball U10:

Tournament contact
Phone: 01 88 44 010
Email: This email address is being protected from spambots. You need JavaScript enabled to view it.

What a super day we had. A beautiful sunny day in Donnybrook Ltc, where we were treated to some great tennis.  The club was buzzing, that lovely sound as the tennis ball hits the sweet spot on the racquet,  the sound of laughter from both sides when away from the serious stuff on court.

Munster were a pleasure to have in the club.  Both  teams are an absolute credit to themselves, their  Province / Club, Coaches and the Sport.

A big thanks to Cian Blake, Sinead Dunne & Fitzy the Munster Coaches,  Owen Casey our Coach.  The work these guys have put in liasing with each other and myself behind the scenes was second to none.

To our amazing Junior Committee and our parents for the selfless work that was put in to  hosting the event.

Would also like say a big thank you to Dee, Anita and our student on duty Peter Carton. Also Club President Chanelle and the committee for supporting the running of the event

Message from the Club President

Message from the Club President

On behalf of the Committee and Junior Committee, we would like to wish each of our members a very Happy Christmas and a peaceful New Year!

The Club undertook an extensive and exhaustive housekeeping exercise to tidy up our membership database, revise and update our court rules, refine our finance procedures and establish new analytics to help the Committee to plan ahead. My sincere thanks to Andrew Synnott, Club Treasurer, who tirelessly worked on the above together with Kieran O’Donoghue who worked his magic to provide superb club analysis information. We look forward to sharing this with you together with an overview of the Club at the AGM which will take place on Tuesday 25th February, 2020 and will be presented on our big screen!

Subscription notices will be sent out in early January and we would ask all members to pay their subs online https://www.donnybrookltc.ie/club-payments/club-membership-payments   by 31st January, 2020. The Club is totally reliant on our subscriptions and it causes excess pressure on the Office to constantly send reminders.

The Office has sent out notification of Club/Office opening hours over the Christmas break and they are also on the Club Website Calendar.   Our new office hours starting Wednesday, 2nd January 2020 will be 11.30am - 18.30pm.

A questionnaire asking for feedback from our new members will  be sent out shortly.  As always, we welcome all feedback, good or bad but we ask that it is sent by e-mail rather than in person to This email address is being protected from spambots. You need JavaScript enabled to view it.

Lastly, I would like to thank the wonderful Club Committee that includes Andrew Synnott (Treasurer), Barry Costello (Hon Secretary), Ian Hemmingway (Men’s Captain), Edel Boxwell (Junior Secretary),  Kieran O’Donoghue (Club Analysis), Cathal Stanley, Kate Butler, Ed Hanlon and in particular Bryan O’Rourke who has been a huge support to the committee as a whole in addition to myself.

The Junior Committee of Edel Boxwell, Anna Sargent, Helen Wilkinson, Ger O’Flaherty and Jenny O’Reilly assisted by Dee,  Anita and Owen Casey are the reason that our junior membership is now thriving.

Our Club is a better place with these hardworking people in it and my thanks to them from all of the members!

See you all in 2020 if not before and remember that Santa is watching ... don’t forget your whites!!

Contact the Office or the Junior Secretary for more information about these events / book a place.

Here are some memories from recent events….. 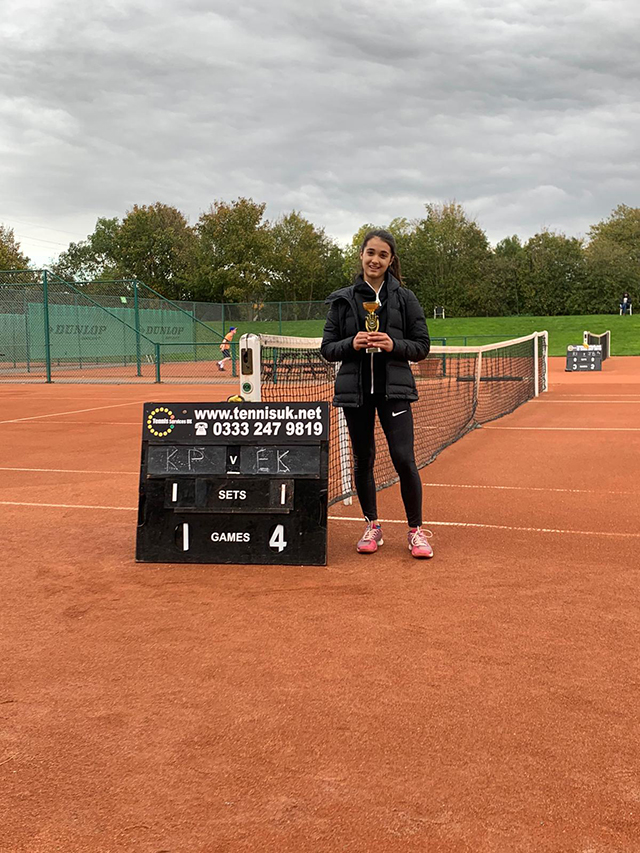 Contact the Office or the Junior Secretary for more information about these events / book a place.


A Summary of the year so far:

Our Juniors have had a very busy, and successful, Summer Season! Here is a flavour of the many events and activities they participated in, between Leagues, tournaments and various Club related events.