As we pass the midpoint of the Men's Winter League campaigns, Men's Captain Ronan Donovan brings us up to speed on how our three teams are faring. 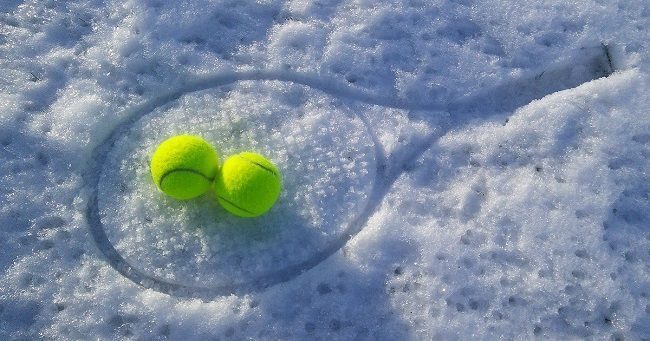 Congratulations to the panel of U14 players for reaching the Semi-Final of the Stars n Stripes Competition. This will be played at home in Donnybrook on Saturday 2nd March at 5pm with the Final scheduled for the following Saturday 9th March.

A team is made up of 6 boys and 6 girls, (3 boys doubles and 3 girl's doubles) who play 11 games. The games you win is added to the rest of the doubles games won. So 66 points are available.

This competition is good to introduce players, who are receiving coaching, to playing matches and be part of a team.

We wish Donnybrook Juniors all the best in their S/Final. We always welcome parents to assist with getting the chidren to the allocated courts and receive in the scores and help with the light refreshments afterwards. Good also to offer our guests parents a hot cuppa etc.

Congratulations to Juliana Carton who was beaten in the semi-finals by the eventual winner Giulia Remondina in the  Senior National Indoor Championships, played in David Lloyd early January 2019.

Congratulations to the Donnybrook LTC Juniors who played in the Finals of the National Junior Indoor Championships played in Westood Leopardstown on Sunday 30th December 2018.

The members and management of Donnybrook LTC would like to wish Kate, Breda, Ethan, Caroline and Juliana the very best of luck as they represent the club in the National Junior Indoors Finals in Westwood Leopardstown.

In honour of the late Elaine O’Brien (Past President and Honorary Life Member), the Committee has established the ‘Elaine O’Brien Memorial Trophy’.

Congratulations to the Ladies’ Over 35 team who were winners over Mount Pleasant in the final of Senior League Class 1.

Congratulations to Juliana Carton who won the Junior Fitzwilliam U16 Girls Singles and Girls Doubles Titles.

Junior Club Championships 26 August to 01 September 2018.
Entries close Monday 20 August at noon.
The event is is the one of the Junior highlights of the year so hoping for huge entries and parents' support.

Congratulations to Grace Sargent and Julie Greene who won the U14 Girl's Doubles in Kilkenny last week. Julie also won the U16 Girl's Singles title.
Super week girls. (Picture in the gallery)